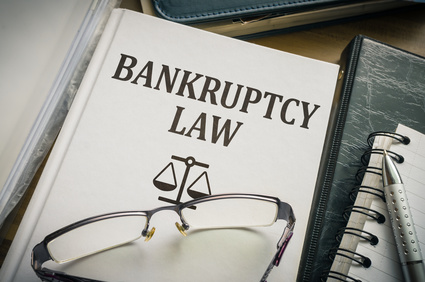 The current pandemic has been hard on virtually everyone. We’ve learned that we never really washed our hands the right way, and that our faces are just so tempting to touch – constantly. But we shouldn’t.

We were told that the virus stayed alive on surfaces for 72 hours. So we washed our cantaloupes in the garage before bringing them into the house, and picked up the mail with gloves on.

When we went to work, many of us were told to go home, or told to come to work only half the time we used to.

We used the stimulus check just to survive. If we lived paycheck to paycheck, the stimulus was heaven-sent. If we had savings, we depleted it just to stay afloat.

One thing most of us weren’t doing was spending a lot of money – especially on things we could live without.

Why buy that new pair of jeans when your old stuff is good enough for now? New kitchen gadgets aren’t all that necessary when your old toaster oven still works just fine, and that non-stick frying pan still doesn’t stick too much.

We can say the same thing for shoes, cars, toys, toothbrushes – well maybe not toothbrushes. But whatever the item is you aren’t buying, that is one less thing you aren’t buying from a retailer. The obvious consequence of this lack of spending is that the pandemic is hurting retailers just like it’s harming the rest of us.

You’ll be hearing about many businesses that are filing for bankruptcy, whether it be on the news, on the internet, or in a well-written blog piece. It’s extremely likely there are many more to come before this pandemic is over.

In order to understand chapter 11 bankruptcy, we should look at the other chapters of bankruptcy first.

Let’s start with chapter 7 bankruptcy. This is the bankruptcy that the typical individual files for. If you’ve got lots of credit card debt or medical bills that you can’t afford to pay, this is likely the one you’ll file. Chapter 7 allows you to file a bankruptcy, eliminate these kinds of debts, and move on with your life. As far as bankruptcy goes, it’s as simple and straightforward as it gets.

Chapter 13 bankruptcy is the other type of bankruptcy you might file as a Regular Joe. It is more of a reorganization of debt, rather than a complete elimination of what you owe. A chapter 13 requires a payment plan through the court that last for several years. Typically, your creditors will get some of this money, which means that you aren’t completely eliminating the debt you owe, but rather, you are paying some of it back through the court.

The good news is, you usually eliminate at least some of your debt in a chapter 13. You don’t normally pay it all back – just a percentage. The reason many people file chapter 13 is that they don’t qualify for chapter 7, and the chapter 13 turns out to be a good alternative for them. Your income can be too high to qualify for a chapter 7. You can only protect certain assets in a chapter 7. If you’ve got a fancy boat for example, chapter 13 will allow you to keep it when chapter 7 will not.

Enough about the chapters we aren’t discussing. Let’s talk about chapter 11.

Chapter 11 bankruptcy is a bit like a chapter 13 bankruptcy because it is a form of reorganization, albeit on a much larger and more complex scale. This is why Chapter 11 is reserved for large businesses.

In a nutshell, Chapter 11 involves the restructuring of a business by the court system via attorneys, trustees, and judges. One aspect that is a relief to those who aren’t familiar with chapter 11 is that businesses often survive chapter 11 bankruptcy.

When a business files chapter 11 bankruptcy, agreements are made where creditors are paid less than what they are owed.  This can actually be good for creditors because the alternative is that the business closes its doors forever and the creditors get nothing.

Also, in Chapter 11, parts of the business that are doing poorly are often closed or sold off to other companies. For example, a retailer may have to close 40% of its stores across the country to eliminate those that underperform the rest.

Finally, the newly-restructured business is auctioned off to new owners. Often, it is an easy sell because the new version of the business has a drastically reduced amount of debt, and the profitable aspects of the business remain.  Who wouldn’t want to jump on that band-wagon?

Bankruptcy Is on the Rise During This Covid-19 Season

So now that we know a little about bankruptcy, and chapter 11 bankruptcy in particular, we should take a look at what is happening to companies during this pandemic.

We’ve already discussed how people are choosing (or just not able) to spend money during the pandemic. We’ve hinted that it would be detrimental to the wellbeing of lots of companies out there. It was recently reported on CNN that bankruptcies of large companies are up 120% in the last couple of months. Let’s investigate and see who has recently filed for chapter 11 bankruptcy.

Are you a guy who likes fancy suits and clothes? Do you have (or sadly used to have no thanks to the pandemic) a job that calls for you to wear sharp looking business attire? Well, you and lots like you have not been spending your money at Brooks Brothers, because they recently filed for bankruptcy.

People aren’t travelling as much as they used to, but there’s still a reason to rent a car once in a while. If you’re looking to rent one, keep in mind that Hertz recently filed for bankruptcy. You might not see a difference at the rental counter, but as we’ve already seen, your favorite Hertz location could potentially close, depending on how their chapter 11 bankruptcy turns out.

So, do you like pizza? When you go out to eat, are you anti-sharing? Do you take issue with having to be the arbitrator among your friends who gets to disappoint everybody by forcing them all to compromise on the pizza toppings they choose? Are you a big fan of toppings that no self-respecting Neapolitan would ever even consider placing on top of his pizza? California pizza kitchen (the solution to all of these issues) has filed for bankruptcy. Let’s hope for your sake they keep their doors open throughout the country.

Do you want a place where you can kick back with a pitcher of beer while your kids run around like crazy, playing video games and spending money? There’s no need to worry, because the gate-keeper with the UV flashlight is there to make sure your children won’t walk out with anybody but you. That’s Chuck E. Cheese, and he’s better than any babysitter. Unfortunately, many of Chuck’s favorite spots may be closing, thanks to his recent chapter 11.

Sur La Table filed for chapter 11 recently. You may have to settle for grating cheese with a grater from Walmart now, instead of that fancy French one – and pocket the $40 difference for some other purpose. That would buy a lot of cheese, wouldn’t it?

Cirque du Soleil (am I sensing a French theme?), also filed for bankruptcy. If you enjoy watching people magically descend from the ether on a silk scarf, you may be in trouble. If you are paying attention, you’ve probably noticed that just because a company files for bankruptcy, it doesn’t necessarily mean it is completely out of business.

Are They Gone Forever?

We’ve already seen that chapter 11 bankruptcy is a reorganization of the business that usually involves a lot of fat-trimming. The end result is often a leaner, more profitable company with new owners.

Notice the word “often” in the last sentence. We didn’t say “always,” did we?

Unfortunately, there’s a reason for that.

Companies don’t always survive chapter 11 bankruptcy. If they are too far gone to be saved, then they simply have to close, forever. Sometimes the debts are insurmountable. Sometimes there’s no chance to have what’s left of the remaining business run at a profit, no matter how much the company is altered. In other cases, there simply is no buyer for the company at the end of their chapter 11 bankruptcy.

This was the case for both Lord and Taylor and Century 21. It’s been widely reported that they are closing forever. If you liked shopping at either of these department stores, you’ll have to learn to live with this loss.

JCPenney however, is more of a success story. They recently filed for bankruptcy but a buyer was found and their doors will stay open. Fans of JCPenney are rejoicing everywhere.

It was recently reported that small business bankruptcy filings haven’t increased nearly as much as their larger brothers and sisters.

Why are these smaller businesses doing better than their larger counterparts? Could it be that Covid-19 is not harming them in the same way?

According to experts, no. They aren’t doing better. In fact, they may be doing even worse.

How is this possible if they aren’t filing for chapter 11 bankruptcy?

Experts who were cited on CNN explained that small businesses likely aren’t filing for bankruptcy not because they aren’t hurting in the present economy, but because they simply don’t have the money to pay for the bankruptcy in the first place.

Essentially, small businesses that are struggling are holding on to every, precious penny. They may simply go out of business before ever attempting to file bankruptcy.

To sum it all up, chapter 11 isn’t a death knell for a business, at least not necessarily. But if you see that your favorite store just filed for chapter 11 bankruptcy, it may mean that it’s gone forever. One thing is almost certain – that we will see more companies file for bankruptcy and many of them close completely, before this pandemic is over.