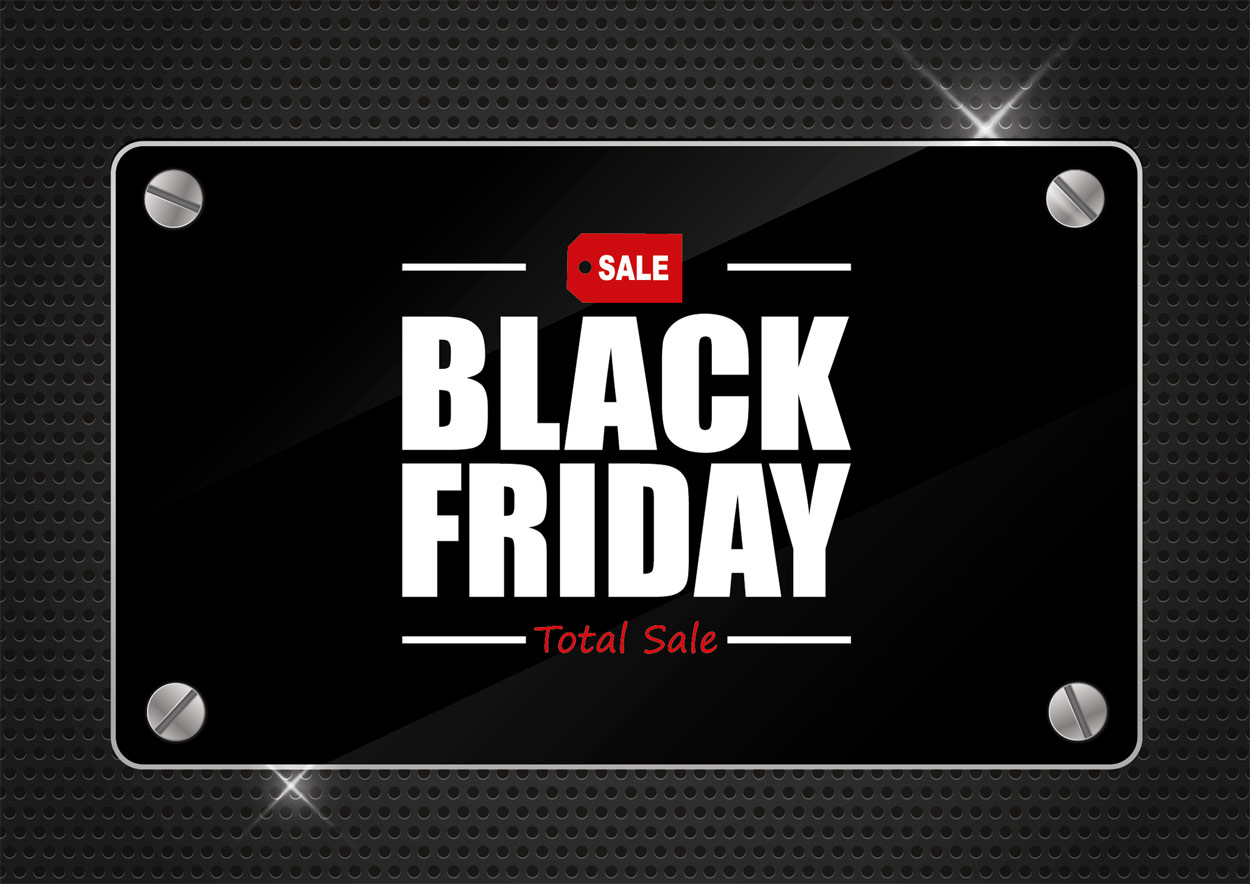 It’s that time of year again. I know we are all supposed to be thinking about Thanksgiving. That brief time of gratefulness between the Pilgrims and the Indians is a core historical moment for Americans everywhere and it gives us reason to celebrate. America is the third most populous country in the world, so that means lots of us will be celebrating this Thanksgiving.

It’s a wonderful event to celebrate, but when it comes to the actual celebration there’s the headache of family drama. Who really wants to see half the people that are going to be at their get-together? If you’re looking forward to it, then your Prozac is working better than mine.

Everybody has got a crazy uncle or brother-in-law. They morbidly narcissistic father-in-law is always a treat. Every silver lining has a dark, black cloud surrounding it after all. In fact, don’t even get me started on the in-laws. My daddy used to say if you can’t say anything nice, don’t say anything at all. I prefer to say at least something –  but I’ll keep it in joke form.

Is there a difference between in-laws and an out-laws?

At least out-laws are wanted.

And then there’s the food.

If you’re so young that you’ve never known life before the cell phone, turkey is still a treat for you. But for the rest of us, are we over turkey yet? It tastes a lot like chicken – a chicken that spent its life living off of the dumpster remnants behind KFC. And for whatever reason, nobody, ever, anywhere, in perpetuity has ever figured out how to cook a turkey that wasn’t either completely dry or completely tough and sinewy, or more often than not, a revolting a combination of both. It’s the whole reason for the gravy. If turkey wasn’t the inferior, cousin of the chicken, why do we spend our Thanksgivings drowning it with gravy? When’s the last time you put gravy on chicken?

Mashed potatoes are a crime in and among themselves. Typically, they taste somewhat like ground newspapers blended with library paste and seasoned with sawdust. Irish-Americans shed annual tears at the disgraceful treatment of their beloved spud on Thanksgiving. You can feed a nation with potatoes when cooked properly, but you can’t feed your dog with the Thanksgiving version. Here are three tips to mashed potatoes. First, boil them just until tender. If they are falling apart, they are overcooked. Second, let them dry for a while before mashing. Third, don’t mash them any longer than needed, unless you think Elmer’s Glue is delicious.

Lastly, let’s consider the “fruit” that is the cranberry. When is the last time you put a slice of cake on your plate so it could intimately cozy up to a rib-eye steak and a baked potato? Nothing on God’s green earth is sweeter than the cranberries people serve on Thanksgiving. It’s clearly a dessert. And yet nobody blinks an eye when you glop half a cup of it onto your plate so it can ooze its way into your turkey, your mashed potatoes, your yams, and worst of all, your gravy. There’s never been a more dangerous combination than cranberries and gravy. The moment that union occurs it’s much like combining matter and antimatter – creating the most frightening mélange of foods that’s ever been at the least tolerated, and at the worst, celebrated. This disgusting synergism insidiously works its way to every corner of your plate, destroying everything along its path.

Enough about the trials and tribulations of Thanksgiving itself. What about the 1,000-pound elephant in the room, creeping insidiously from person to person? He sucks what life is left of Thanksgiving from virtually every person. His name is Santa Claus.

Let’s face it – now more than ever a cloud looms over Thanksgiving. It’s called Christmas.

Nowadays the Christmas shopping season starts before Halloween. By the time we get to Thanksgiving, holiday shopping is already old news. Black Friday is the not-so-distant siren song calling us inexorably forward on our journey to Christmas. By the time the speed bump that is Thanksgiving arrives to impede our forward progress, so much momentum has developed that it steamrolls over the holiday like a major freeway upgrade.

So while we gobble down (pun intended) our plate of turkey and its revolting accoutrements, many of us are really contemplating how to sleep off that cement-filled belly full of food so we can awake, bright-eyed and bushy-tailed, ready and raring to buy a bunch of underpriced gifts that we don’t need to give to others or to ourselves.

Where Does the Money Come From?

If you’ve got money to burn you probably don’t care all that much about what things cost, unless you are a miser like Scrooge. But if you’re a Scrooge, you aren’t giving presents to anyone anyway. On the flip side, if you are super poor, you’re probably only worrying about your next meal, or you’re attempting to keep yourself from getting evicted.

But what about the rest of us? We want some cheap stuff but don’t have the money for it. That’s where our credit cards save the day. We can have a shopping spree without the guilt, or at least we are mortgaging our economic futures and therefore the subsequent guilt that is sure to plague us when the bills come due.

As long as our credit cards aren’t completely maxed out, we can go on a spending spree the likes of which haven’t been seen around these parts in a might long while.

This is our ticket to a very merry Christmas indeed. No more tears. Dad doesn’t have to hang his head, feeling like the failed provider that he knows deep-down he is. All he ever wanted was a life for his kids better than the one he had. But without money, how can he fill up the 18-inch space between floor and tree full of brown paper packages tied up with strings? Maybe he’s not the one to win the bread for the family, but good ol’ Mr. Credit Card can do the dirty work for him, at least this year.

So you went ahead and maxed out those credit cards. Little Johnny got himself the bike he always wanted, and little Suzy opened up the biggest box under the tree – inside was Barbie’s Dream House – not unlike the house Dad hoped he could someday provide for his family. It took two credit cards to buy that diamond tennis bracelet for Mom, but her smile made it oh so worth it. Dad got himself a 150-piece tool set. He deserved it. After all, he worked darn hard for it.

Those presents sure were nice. That had to be the best Christmas of your life. Those Black Friday deals made it so much easier to not have to explain to the kiddos that Santa was sick this year, or that his sleigh broke down.

But… that credit card statement comes all too quickly. In fact, your black Friday statements usually arrive before Jolly Old Saint Nick makes his rounds.

The first barrage of envelopes probably went straight into the trash. Who wants to think about debt when you’re in the midst of the reason for the season? If your bills are emailed – even easier. Forgetting is just a few clicks away.

Eventually those emails and letters get a little more threatening. First of all, the interest charged section that for the rest of the year was full of zeros is now up to the triple digits. You are already at the point of having to pay for something you didn’t buy, unless instant gratification counts.

Every month those numbers are going to get bigger and bigger. This is where you really need to do something about getting rid of this debt. You’re probably afraid to open your mailbox, whether it be real or digital. You may be putting off discussing any financial matters with your spouse. He or she might wonder where the money came from for all of that great stuff, but it’s January. That’s all in the rearview mirror. Hopefully the hubby forgot by now. This could be a teachable moment for the kids. Why not sit down with them and talk about how the borrower is slave to the lender and all that profound stuff?

The bigger those bills get, the less you want to discuss them and the scarier admitting that that you have a problem becomes.  It’s usually around this time that people consider bankruptcy as a way to eliminate this debt.

Can Bankruptcy Wipe Away the Black Friday Blues?

You can eliminate this debt in bankruptcy, but you’ve got to be careful how you do, and you better be completely honest. The issue for you is going to be that mountain of recent charges from November.

A bankruptcy trustee is going to review your case when you file. One of the things he will be combing through in great detail is your bank statements. He’s going to see that you made a lot of purchases right before filing for bankruptcy. Then the question becomes, did you know you were going to file for bankruptcy when you bought the stuff?

If the court feels that you spent all that money knowing you were going to eliminate it by filing for bankruptcy, you’ll be in trouble. That’s fraud. The bankruptcy court does not take kindly to those who look to defraud their creditors. Bankruptcy is a last resort for those who are in dire financial straits, not a way to take advantage of the credit card companies. We all know they are giant, faceless corporations that don’t deserve a lot of sympathy. But defrauding an evil corporation is still a type of theft. And you wouldn’t steal, would you? Maybe to put bread on the table but not presents under the tree.

Fortunately, most people in this situation aren’t looking to commit a fraud. They simply got a bit carried away during the holidays and got into a financial jam. Eventually bankruptcy occurred to them as an option for relief from their financial woes.

So if you are honest and you disclose all of your spending, the court will usually be sympathetic to your plight. Honesty is also a way to ensure the court doesn’t view your spending and subsequent bankruptcy as fraud. Worst-case-scenario, the court may force you to pay back some of the money you spent. However, this is fairly unusual unless you had large, single charges on your credit card. If all of your spending was just on typical presents for your little tykes, you should be just fine when you go to file for bankruptcy. Don’t let your Black Friday madness discourage you from considering bankruptcy.