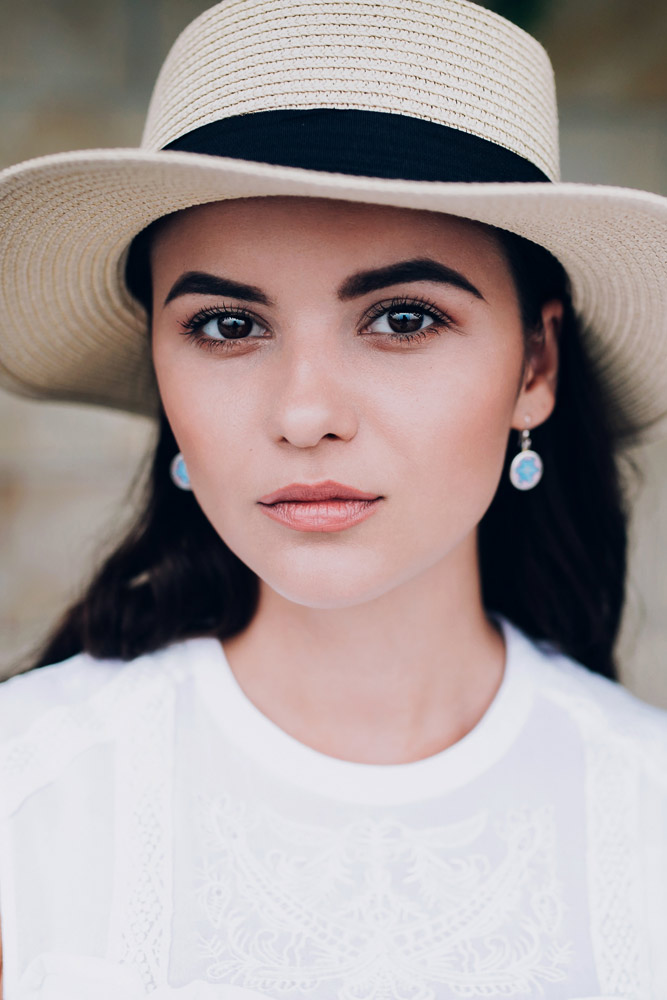 To an earlobe, Claire’s is a sadistic torturer. Over the years, how many innocent dangling ear parts have been subject to wonton and unwanted cruelty all in the name of physical adornment? Not only has Claire’s perpetually condoned the practice, but it has encouraged and promoted it, all the while making a lucrative chain business out of the unjustifiable puncturing of otherwise untouched, pristine human tissue.

But if you think that’s torture, try wearing clip-ons.

In all seriousness, Claire’s claims it has pierced over 100 million ears around the planet. There’s at least a decent chance that if you are reading this and you’ve got a metal stud through one or more of your earlobes,that hole was punctured by an employee of Claire’s.

Who can resist the mall-based siren song of all that flashy steel and the glimmering, shimmering, costume crystals.

The interior of a Claire’s location is so eye-catchingly bright and shiny it’s not unlike the sun in that it is difficult and maybe even harmful to look at directly with the naked eye. Just the thought of it is probably giving you a headache right now.

But Claire’s is also a lot like a car crash. It’s painful to look at while simultaneously impossible to look away from for all but the most disciplined among us. And once you’re hooked, you’re hooked.

We wander into Claire’s like a bass on a line. We are reeled in by some inexorable force from beyond our visual comprehension. We are drawn by the gravity of a neutron star that lies seemingly just behind that door in the back with the sign that reads “Employees only!”

What’s more, you can get the equivalent of a minor surgical operation performed without medical insurance, without waiting in line, and have it done not by a surgeon, not by a nurse, but by a high school kid working for minimum wage. There’s no operating room, no autoclave or anything else to indicate that you are about to have a sharp object stabbed through one side of your body and out the other, all without anyone getting arrested for battery.

So who would sign up for this? This can’t possible be legal in a first-world country, can it?

Anyone can sign up as long as you want somethin’ real purdy to dangle from your ear thingy.

Not to insult it as far as body parts go, but the earlobe is relatively useless, except for maybe radiating heat away from your head and therefore the brain. But, the fact of the matter is the earlobe is a tough part of the body. Though the earlobe can bleed quite a bit if wounded, infections in the earlobe are rare and typically localized to the sight of the infection. As long as sterile procedures are followed, there is little risk of infection, and even less risk of a serious one.

A sterile operating room isn’t necessary. All you need is a chair out in the lobby with some alcohol, an earring, and a piercing gun.

It doesn’t take the skills of a surgeon to pierce an ear. The Claire’s person will draw a dot on your earlobe and show it to you to ensure that it’s the sweet spot for placing your earring. They will sterilize everything including the earring you chose. The earring gets placed in their handy dandy gun. The employee will aim the gun at the little dot on your ear and pull the trigger.

The next thing you’ll feel is some pressure as your new earring and hole are created by the rapid embedding of the steel into your earlobe. The rest (as they say) is history. You’ll be stuck with that hole (or at least a little scar if you let the hole close) for the rest of your life. You’ll be buried with it. That’s a long-term commitment if ever there was one.

That little hole will outlast your shoes, your wardrobe, your car, possibly your marriage, and maybe even your teeth. And all that for free, as long as you purchase the earring starter kit that goes along with it. It’s so much for so little. Could that be why Claire’s is now filing for bankruptcy?

We can only speculate at this point since financial details aren’t entirely clear, but based on the reports that are available, it appears Claire’s business model included operating with a large debt load. This can be a risky financial proposition for a business to undertake. When a business has a lot of debt and times are good, the debt is easy to handle. But when times are not so good, the debt quickly becomes a problem for the business. In fact, with a lot of debt on the books, even a small hiccup in business can magnify into a large problem for business.

Claire’s debt isn’t entirely their fault. A lot of it can be attributed to a leveraged buyout that occurred more than a decade ago. But regardless of its source, the end result has been a restraint on its overall business health.

Most mall-based retailers have been struggling as mall traffic has decreased over the years. Some of this can be blamed on online retailers like Amazon. But Claire’s argues that it is insulated from online competition because there is no way to get an ear pierced over the computer. If someone wants an ear piercing, they have no choice but to make a trip to Claire’s or one of its brick and mortar competitors.

So What Does Bankruptcy Mean for Claire’s?

Many people hear the word “bankruptcy” and think the worst. They assume that as soon as a business files for bankruptcy, it’s going away forever. But when it comes to business, this isn’t necessarily true, nor is it even the norm.

Claire’s is filing chapter 11 bankruptcy. Chapter 11 is not the bankruptcy that your friends and neighbors typically file. When they choose bankruptcy, they usually choose chapter 7. Filing for chapter 7 involves completely eliminating the majority of your debt. In addition, chapter 7 is reserved for those who don’t own a lot of assets. You typically can protect your home, your cars, and your personal possessions, but not much else. Anything you own when you file for chapter 7 that isn’t protected is going to be taken by the court, sold, and the money they get will go to the creditors.

Just think of Claire’s. You can number their stores in the thousands. If they filed for chapter 7, every single store, and virtually everything inside each store would be sold. All of the proceeds would then be divided among their creditors. This is decidedly not how chapter 11 bankruptcy works. Let’s look at the dereference.

Chapter 11 is a reorganization of debt, not the complete elimination of it. When chapter 11 is filed, the bankruptcy trustee and attorneys work together to try to keep the business open while allowing the creditors to be paid at least some of the money that they are owed.

How Does This Happen?

Typically store locations that are not making the company money are closed as part of the chapter 11 process. Their assets are sold and the money goes to the creditors. Store locations that are performing well are left open, allowing them to generate revenue for the company. Those in charge of the bankruptcy will be involved in negotiating with creditors to settle the debts that are owed. Most, if not all creditors are not going to be paid in full, but they will at least get something. Often, creditors are happy with this solution because it’s either they get something through chapter 11 bankruptcy or they get nothing if the store is unable to survive the bankruptcy.

Claire’s recently reported that most of its store locations are financially healthy. It claims that if only it could eliminate some of its debt, it would be able to become a fiscally strong company again. It’s highly likely that a reduction in debt along with the closing of its worst-performing stores will result in a viable company again. The point that Claire’s is internet proof since people can’t get their ears pierced online is a strong one. Even in shopping malls with declining foot traffic, some stores are still bringing in business. These tend to be hands-on businesses such as hair salons, manicure stores, eyeglass shops and the like. None of these services can be performed without physically going to the store.

What Does This Mean for Claire’s in Arizona?

Claire’s claims to have stores in over 95% of the malls in America. This is no different in Arizona. In cities like Glendale, Phoenix, Scottsdale, Mesa, Chandler, Gilbert, and others, resident are just a short trip to a Claire’s in a nearby shopping mall. Claire’s is not yet at the stage of bankruptcy where it will be reporting specific store closures, but assuming it survives chapter 11 bankruptcy, there’s a good chance that at least some stores will continue to operate in Arizona. This is good news for anyone living in Queen Creek, Peoria, Goodyear, and most of the rest of Arizona. It’s also bad news for earlobes everywhere.