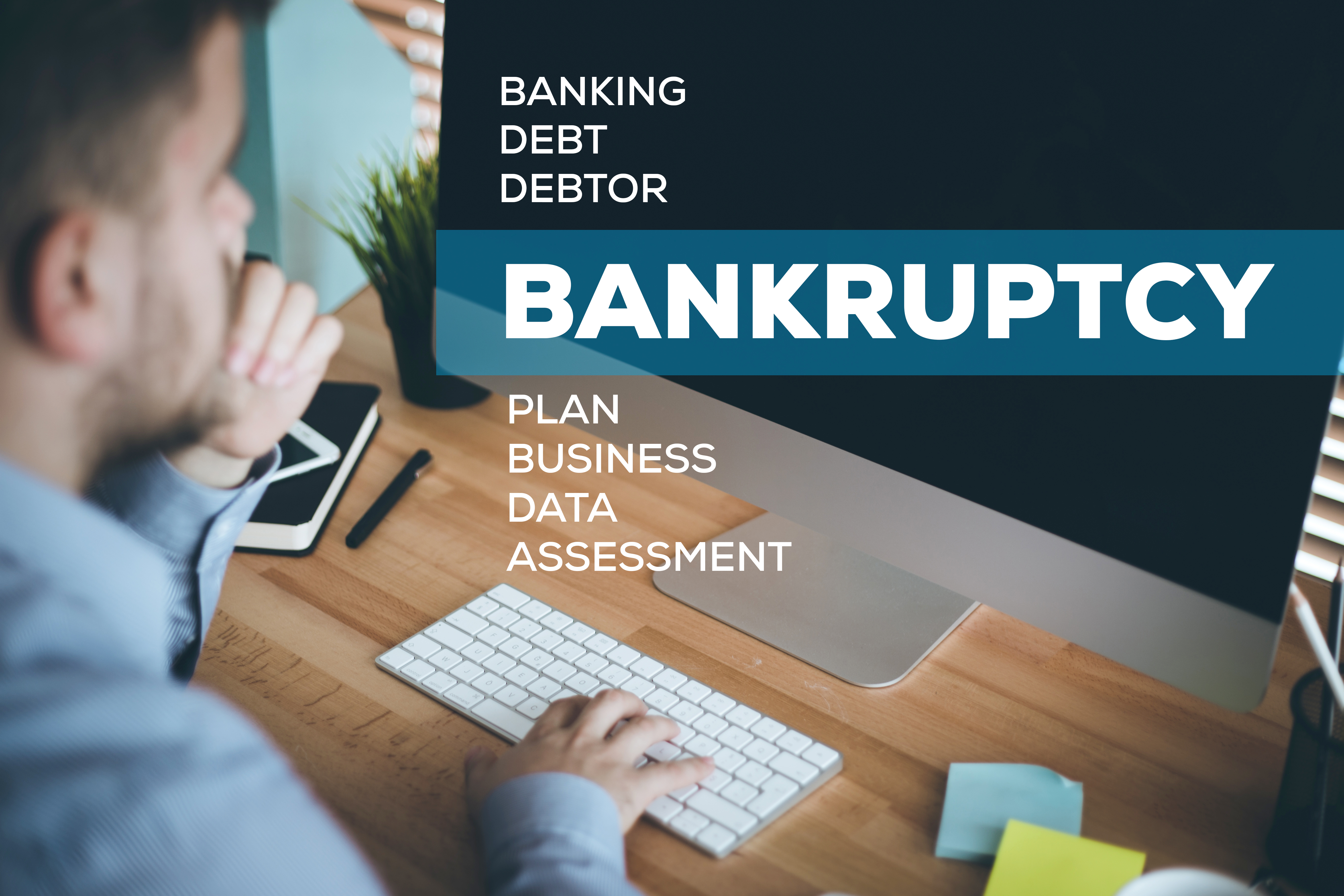 Someone once said, “everything that’s old is new again,” or at least something to that effect. But when it comes to bankruptcy, sometimes something new is new again. And that’s the case for RadioShack. Here at Meyer Law, we like to write about the latest and greatest (or sometimes not so great) bankruptcy issues. And it seems like it was just yesterday that we wrote about RadioShack  filing for bankruptcy.

Okay, so it wasn’t yesterday. But age compresses time, and time stops for nothing. So here we are, just a couple of years later, and RadioShack is filing for bankruptcy again.

This begs the question.

“How can RadioShack file for bankruptcy again – especially just two years after filing before?”

“How can RadioShack even be in business if they are filing again? Surely this time they are done for.”

Most people think of bankruptcy as a “one and done” operation. Someone piles up debt for years until he has no choice but to file for bankruptcy. He goes through the painstaking process of filing with an attorney. All of his creditors get notice from the court, and they know they must eliminate his debt. He breathes a sigh of relief and moves on with the rest of his like, free from the burdensome yoke of bankruptcy.

Ah, the poetry of the personal bankruptcy.

The Rich Get Richer

But then there’s the sloppy, messy, confusing and sometimes outrageous version of bankruptcy that we hear in the news. It’s usually some super rich guy who files for bankruptcy time and time again, only to be swimming in greater and greater piles of money when it’s all said and done. Someone like Donald Trump has filed multiple times and he doesn’t seem to be hurting for money. Just look at how much of his own money he spent when running for president.

So there’s an explanation for all of this. And its simple. There is more than one type of bankruptcy.

When you think of the guy next door who filed for bankruptcy and eliminated all of that credit card debt, you are thinking of a standard chapter 7 bankruptcy. This is bankruptcy of the personal variety. Your neighbor met with an attorney several times, his attorney filed his case, and his debt went bye bye.

But when you hear about a guy like Donald Trump, or a business like RadioShack, usually you are hearing about chapter 11 bankruptcy. This is a business bankruptcy that involves the reorganization of the assets and the liabilities of a business.

When a business like RadioShack files for chapter 11 bankruptcy, it doesn’t just close up shop and go out of business. It’s a lot more complicated than that. Essentially, Radioshack declares bankruptcy and places its fate in the hands of the federal bankruptcy court system. Through a lengthy and complex process involving attorneys (surprise!), judges, and trustees, the court takes over RadioShack and starts making difficult decisions.

One of the goals is to balance keeping the company open with maximizing the amount of money its creditors get paid. This usually means that a company like RadioShack will have to close some of it’s stores that are not performing well. The court may require some assets to be sold in order to free up some cash to pay creditors. On the flip-side of the coin, creditors will have to accept some losses and not be fully paid what they are owed by RadioShack .

The end result of all this reorganization is usually a leaner company that is starting to make a profit again. It gets to move forward without the burden of all the debts it once had. Also, the drag of under-performing locations has been eliminated, allowing for smooth sailing into the future.

Unfortunately, this is not always the end result of a chapter 11 bankruptcy. There are times when the company must accept the fact that it will have to go out of business. If the court makes this determination, there’s little the company can do to move forward. It has got to close its doors for good.

But there’s a third possibility. A company can be set on a course for smooth sailing at the end of a chapter 11 like we just mentioned, but the waters end up being choppier than expected, and finding wind to fill the sails is difficult. Unfortunately, this version of the maritime allegory happens to apply to RadioShack when they filed for bankruptcy in 2015. It wasn’t all smooth sailing for them after filing. In fact, the waters were so rough, they had to go through the whole thing over again. And this is how a business can file multiple times and yet still stay open. It’s simply a reorganization of a reorganization.

What’s Going On This Time Around?

Back when RadioShack filed for chapter 11 bankruptcy in 2015, they had a mind-boggling number of stores open. It was reported that they had to close 2,400 locations when they filed for bankruptcy. But this still left them with about 1,500 store locations around the world. Presumably these were the most profitable ones.

A joint venture bought the company as part of the chapter 11 bankruptcy. This is a common result of filing for chapter 11. Often new owners take over and run things, hopefully for the better.

Unfortunately for RadioShack , the leaner version piloted by new owners still couldn’t make a proper go of it. And that’s how we are where we are today. The Shack is filing for chapter 11 yet again. The ultimate plan is to gradually close enough stores to get down to about 1,000 locations. Hopefully these will be the strongest performers of the bunch.

If you do your research, you’ll see that last year RadioShack actually increased gross profit by 8% while cutting operating expenses by a whopping 23%; an impressive feat indeed. Things like speakers and headphones still sell like hotcakes over at The Shack.

Unfortunately, a little digging will reveal that RadioShack ’s post bankruptcy joint venture with Sprint to sell mobile phones was an abysmal failure. Sprint in general has not been doing well at all, and this general lag translated into lost revenue for the RadioShack side of it’s mobile phone business. Prior to its first bankruptcy, The Shack had struggled mightily to break into the mobile phone business with little success. This has been an increasingly large chunk of the retail electronics market, and yet RadioShack had failed to slice off a significant bite for itself.

It was reported that RadioShack will continue to monitor the success of its remaining stores while going through this new chapter 11 bankruptcy. This would indicate that there’s no guarantee the reaming stores will all stay open. For all we know, the number of stores could still be drastically reduced. There’s even the small possibility that all physical stores could be permanently closed, especially considering that Radioshack.com is also going to be maintained and will be hosting an online sale as part of the bankruptcy. It’s conceivable that Radioshack might be transformed into an online only retailer. This is not entirely unheard of. Something similar happened to Linens and things. They had physical stores across the country, but after going through similar difficulties, have transformed into an online only retailer.

RadioShack may seem like it’s just a tiny store tucked away at the strip mall (and in a sense it is), but it was reported that after its bankruptcy of 2015, it still employs 5,900 people. We often forget to put a human face on a failing business. If you step back and consider it, that’s 5,900 people who will be out of work if The Shack doesn’t survive its chapter 11 bankruptcy. That alone is reason enough to pray that it’s able to come out of the other side of its bankruptcy intact.

In its bankruptcy filing this time around, RadioShack listed its assets and its debts as almost equal, although the numbers were quite vague. If this is in fact true, it bodes well for The Shack’s survival. Through the chapter 11 process, much of it’s debt could be reduced, leaving cash flow in the black for a change. However, this all turns on one important factor. It must continue to operate profitably. If RadioShack starts losing money again as it moves beyond bankruptcy number two, it will be right back in the same position it is in now, except it will likely have fewer assets with which it can bail itself out of yet another crisis.

So What Have We Learned?

We’ve learned that there’s a big difference between a simple personal bankruptcy and a complex business bankruptcy. This explains why somebody like Donald Trump can file for bankruptcy and still have truckloads of money, while your next door neighbor has to be be cash-poor when he files. One is the reorganization of business debt, while the other is the complete elimination of all personal debts.

We’ve learned that RadioShack is down but not out. It’s got plenty of assets left and has been operating more efficiently after its bankruptcy. If it wasn’t for the failed joint venture with Sprint, it might not even be filing for bankruptcy this second time around.

And finally, if we’ve read between the lines we’ve learned that it’s great we have chapter 11 bankruptcy as an option for big businesses when they run into trouble. If all goes well, the company survives – allowing people to keep their jobs and creditors to get at least some money when all is said and done. Without chapter 11, a business that’s in trouble would go out of business, everyone would lose their jobs, and creditors wouldn’t get a penny of what they’re owed.