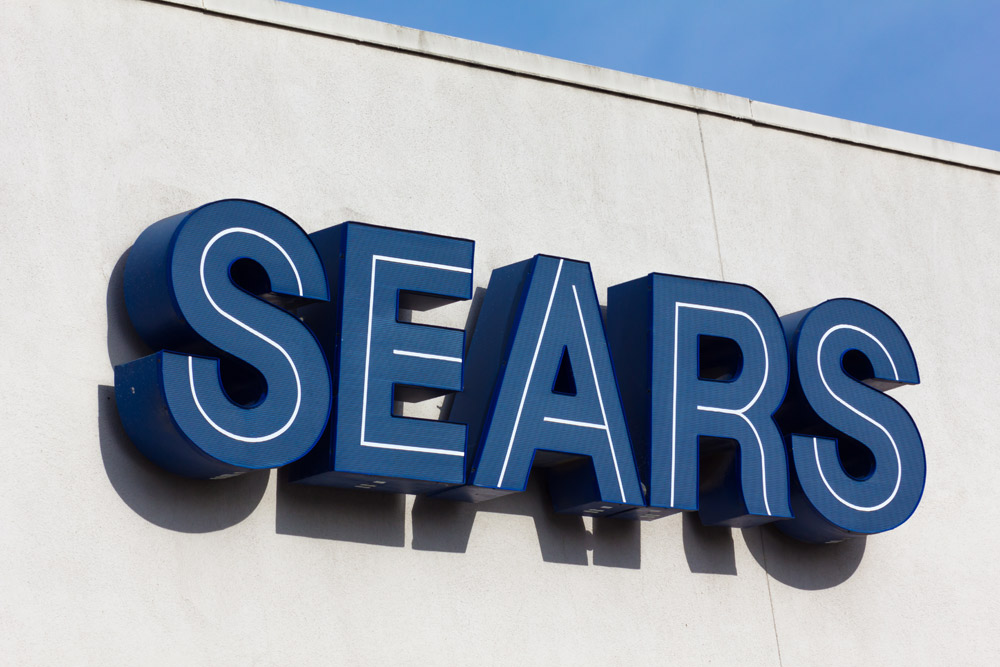 Sears. It’s one word. It’s a proper name. To Americans, Sears is more than just that – it’s a way of life – or at least it was at one time.

Talk to anyone with a few miles on them, and they will have at least one story about Sears, (if not many more). Mention the name, and your neighbor might have a wistful look come across his face. He might tell you about the house his grandpa built – a house he ordered from the Sears catalog.

Many of those Sears houses still stand today. In places like the rust belt, the housing market is inundated with them. The fact that it is a Sears house can even be a selling point for a home, allowing the buyer to harken back to a bygone era that is cherished by many. In fact, the tiny house movement owes a debt of gratitude to those old Sears catalog houses.

Discuss Sears with a friend, and she may talk endlessly about the Sears catalog. The catalog was the closest thing you could get to the internet. Imagine a near bible-sized catalog full of everything one could ever want. They didn’t just sell houses, but practically everything you could want inside of one. We are talking clothes, furniture, appliances, and toys for the kids.

If you were the rural type like so many of us, you couldn’t just stroll downtown to the nearest Sears store. A trip to town was a rare occasion. But with the Sears catalog, it was like a trip to the store from the comfort of your own home. Even the largest Sears store in existence didn’t house anything close to what was in that catalog.

Many children made their Christmas list based on what was in the Sears catalog. Many letters to Santa included extensive cross-references to the catalog. For the savvy, older kids out there, they knew Mom’s trip to Sears to “Pick something up,” was code for “The catalog order has arrived.”

The catalog had one more, nearly universal use for anyone who had an outhouse. That’s a lot of sheets of soft paper completely bound for your convenience. It would be tough to walk through a door labeled with a moon and not see a catalog sitting in there. Sears never minded it though, because it also served as great reading material.

Sears also offered its own brand – Kenmore. The only place to get Kenmore was at Sears. Sears made a lot of effort to ensure it didn’t put the Kenmore name on anything but a high-quality product. And Sears would back its own products with superior warranties and return policies. People would spend extra on Kenmore and shop exclusively at Sears for the peace of mind that their own brand offered.

Sears also had its own brand of tools – Craftsman. They were known for high quality and offered a lifetime warranty on much of the Craftsman line. If you bought a Craftsman wrench and 50 years later it broke, you could take it into Sears and get a new one free of charge.

Why are we using the past tense when speaking of Sears? Much of what we discussed is still true. You might not be able to buy a house anymore, and some of the lifetime warranties are gone, but it’s still a one-stop shop for almost everything. And Sears is not dead. A lot of us just drove past a Sears on our way to work today.

So why is Sears filing for bankruptcy? There are many reasons, but one thing is for sure, Sears has been struggling to compete in a changing retail world. Remember how it used to be a one-stop shop for everything? Now it’s got all kinds of competition that offers what Sears has and more. And who needs a Sears catalog when you’ve got the internet?

Back in the day when Sears offered an alternative to shopping in small shops on Main Street, it drew people from downtown centers of commerce. It also encouraged people to move away from urban city centers. After all, if you could get what you needed at a suburban Sears, why not move away from downtown and get a cheaper, newer home?

This move away from shopping at small, specialized, mom-and-pop downtown stores affected city centers. When people stopped shopping and even living near these small centers of commerce, shops closed and the quality of life in downtown areas decreased. Sears was instrumental to the harmful, economic downturn of Main Street.

The chickens have come home to roost. Faced with the competition of retailers like Walmart and Home Depot who began to draw away customers in the 1990’s, Sears had difficulty keeping up. It did not renovate stores and it cut back on advertising. A more aggressive approach to battling these new competitors in the 90’s may have helped Sears be a more robust retailer when faced with an even bigger hurdle on the horizon – the internet.

Once internet retailers began to grow in popularity, Sears began to struggle even more. What at first seemed to be a mild speed bump for Sears in the 1990’s, became a brick wall in the 2000’s when Amazon began to take away its customers. Sears began scrambling to compete.

Sears took a gamble by merging with another struggling retailer (Kmart) in 2005. It likely felt that by combining the two companies, it could leverage more buying power to offer its goods to consumers cheaper. This would help compete against the competition. By buying Kmart, Sears also increased its assets and real estate holdings.

On paper, this was a good idea for Sears, but in reality, it’s hard to say it worked out well for the company. CNN recently reported that at the time of the merger of the two companies, there were 3,500 stores between the two. Now, with both Kmart and Sears closing stores over the years, the number is more like 900. And let’s not forget the employees. At the merger of the two, there were 317,000. Now there are fewer than 89,000.

Chapter 11 bankruptcy is not about closing the doors for good. It’s a special chapter of bankruptcy typically reserved for businesses. It is simply the reorganization of a business that is struggling to pay its debts. In this case, Sears reached a critical point where it could not pay a multi-million-dollar debt that it owed, which essentially forced it into filing for bankruptcy protection.

So what happens to Sears now that it is filing for bankruptcy?

Filing for chapter 11 bankruptcy puts Sears’ life square in the hands of the legal system and the attorneys associated therewith. As part of the chapter 11, underperforming stores will be closed, and valuable assets that are not needed for moving forward with business will be sold off. The resulting proceeds will be used to pay off creditors and shore up business operations at stores that have a chance for survival.

This is why the scary prospect of filing for bankruptcy isn’t as frightening as it sounds. It’s true that there’s no guarantee Sears will survive the chapter 11 bankruptcy process. Even if a leaner and meaner Sears is the result of the bankruptcy, it still may not live on forever. It’s not uncommon for a reorganized and invigorated chapter 11 company to file chapter 11 a second time down the road. That second one can be worse than the first. But no matter how you slice it, Sears isn’t down for the count – at least not yet.

What About Arizona Stores

So far, it’s been reported that the only Sears (or Kmart for that matter) that is closing in Arizona is in Flagstaff. So if you’re in a place like Glendale, Surprise, Peoria, or Phoenix, don’t fret. At least not yet. But CNN did report that Sears will likely be closing many stores as part of their chapter 11 bankruptcy. Sadly, Gilbert, Chandler, Queen Creek and even Scottsdale might be facing a loss of their nearest Sears sometime in the future.