The Boy Scouts Have Filed for Chapter 11 Bankruptcy 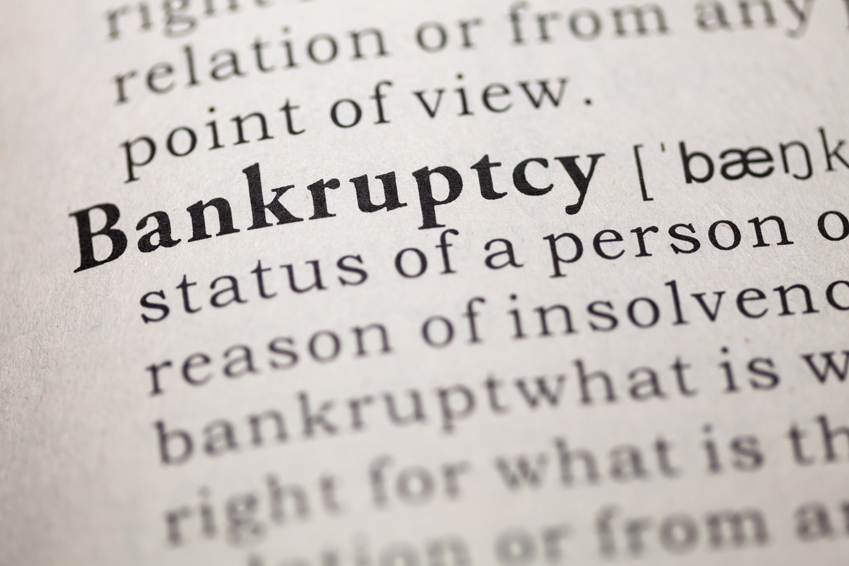 The Boy Scouts of America is the largest youth organization in the country. It’s sad to see them go.

But wait… are they going?

They’re filing for bankruptcy. That must mean the Boy Scouts are closing up shop and going out of business. That’s what happens when someone or something files for bankruptcy, right?

It also must mean they are out of money. After all, you don’t file for bankruptcy if you have money, do you? Bankruptcy is for the bankrupt. The bankrupt, (by definition) don’t have money which is why they file. Isn’t that how it works?

It was just reported that the Boy Scouts in 2018 had a total revenue of $285 million and that their total assets were $1.4 billion, which includes a large amount of land holdings.

Okay. So you are saying the Boy Scouts of America is not poor by any stretch of the imagination and yet, they are still filing for bankruptcy.

Why are they doing that? Can they even do that in the first place? Obviously, I’m really confused about bankruptcy. Exactly what is going on here?

The reason for the Boy Scout’s chapter 11 bankruptcy has nothing to do with it being broke. It’s all about the approximately 300 lawsuits against the organization that allege sexual abuse.

So this must mean that chapter 11 bankruptcy isn’t just for organizations that are out of money. The lawsuits come into play somehow. But how does chapter 11 help an organization when they are being sued? If they have millions of dollars and over a billion in assets, shouldn’t they just pay up?

Let’s look more closely at the situation and see what is really going on here.

The Boy Scouts have publicly explained that they are using the chapter 11 process to set up a trust that can be used to pay out compensation to victims of abuse. They are actively encouraging anyone who has been in the scouts and who has experienced abuse to come forward so that they can go through the proper channels to receive compensation for the organization.

But why is chapter 11 bankruptcy needed for this process? Can’t the Boy Scouts just set up a trust without filing for bankruptcy as part of it? The bankruptcy part seems awfully extreme. Businesses and organizations use trusts for all kinds of purposes without having to file for bankruptcy. There must be something more going on here.

Before we get into why the Boy Scouts of America is using chapter 11 bankruptcy to deal with allegations of abuse, let’s look at why its insurance policies aren’t helping them with these issues. After all, if their insurance policies were in effect, they would likely take care of the issue, and bankruptcy wouldn’t be needed.

Unfortunately for the scouts, they no longer have these insurance policies.

That’s a typical complaint of people when it comes to insurance, isn’t it? They say things like “I’ve been paying into this home insurance policy for 20 years and haven’t made a claim all that time. Last week, I missed a payment and they dropped me from the policy – right before the tornado took off the back half of my house. Now I’m stuck with no coverage and half a house!”

This is the lament of many when it comes to insurance, but is it the reason the Boy Scouts insurance hasn’t helped them with the abuse lawsuits?

There’s more going on here than missed insurance premiums as in our prior hypothetical. This is a case of not revealing critical information to the insurance company. Let’s look at another hypothetical tale about insurance. This one is a lot closer to what’s going on here.

The Insurance Company Has to be Informed

Jack has a Honda Accord that he uses to deliver pizzas. It’s not his main job. It’s just something he does on Friday and Saturday nights to make a little extra money since he’s trying to pay off some lingering credit card debt.

Jack has good auto insurance. He hasn’t made a claim in years and has a great driving record. He’s a cautious driver and takes his time, even when delivering pizzas. He’s a dream customer for any insurance company, except that he forgot to mention one, important fact to his auto insurer. He never told them that he delivers pizzas.

It never occurred to Jack to say anything. He’s just delivering pizzas on the weekend. It’s only a couple of nights a week. He already has car insurance. It’s great coverage with low deductibles on comprehensive and collision. If something happens when he’s out on the road, he’s covered. So Jack hasn’t got a care in the world when it comes to insurance.

But there’s a problem. Jack forgot about the conversation he had when he got his original insurance quote many years ago. He was asked if he used his vehicle for business purposes. Jack answered “no” back then because he wasn’t delivering pizzas. Instead, he was busy racking up debt on his credit cards – debt that would later cause him to start delivering pizzas.

So when Jack decided to start working in the part-time-pizza-trade, he forgot about that one, little question having to do with car insurance and business purposes. Even if he thought about it, he probably wouldn’t have called up his insurance company and let them know about his job anyway. He’s got insurance that he has been paying on for years. So he’s good to go for car insurance as far as he’s concerned.

The sad fact of this situation, is that he is not good to go. Jack got rear-ended one Friday night. The important thing is Jack is okay, but his Honda Accord is not. It was more or less totaled in the accident.

Jack went to make an insurance claim. Unfortunately for Jack, his insurance company realized that he was using his car to deliver pizzas. They denied his claim. Jack was left with a totaled car and nothing to show for it, even though he had paid his insurance premiums for years, and the accident wasn’t even his fault.

But delivering pizzas isn’t like commuting back and forth to work. You are putting yourself (and your vehicle) at a greater amount of risk by using your car to deliver pizzas. It increases the amount of driving you have to do, and in Jack’s case, it also means that he was regularly driving at a higher risk time of day (or night). There are more drunk-drivers and more accidents on Friday and Saturday nights when Jack is constantly driving back and forth from the pizza shop to customers’ houses.

Since Jack is putting himself and his property at greater risk, the insurance company should be charging him more for his policy because they are more likely to have to pay when Jack makes a claim. He used his vehicle for business without telling the insurance company. This legally allows them to not cover his accident, and this scenario is quite similar to what happened with the Boy Scouts.

Insurance and the Boy Scouts

Unfortunately for the Boy Scouts, they faced an issue similar to Jack’s, with one exception. In Jack’s case, he neglected to mention his pizza delivery endeavors simply because he either forgot about it completely or he thought it wasn’t necessary. With the Boy Scouts however, it was reported that their insurance companies dropped the Boy Scouts because they felt the scouts had deliberately not informed them of their issues with cases of sexual abuse. It would be similar to Jack purposely not telling his insurance company that he was delivering pizzas either because he simply didn’t want them to know what he was up to, or more realistically, because he didn’t want to pay for the extra cost of the insurance.

When you report a claim, your rates go up. If the Boy Scouts reported a claim of sexual abuse, there’s little doubt that their rates would increase. And unlike Jack’s scenario, the Boy Scouts most likely did not want information about sex abuse claims to go public, which is a risk when reporting a claim to insurance. By not reporting alleged abuse, it gives the appearance that the Scouts were attempting to cover up those claims.

We don’t know for certain if this is true, but whatever the motivation, the Boy Scouts were left without insurance coverage and now are facing a multitude of sex abuse claims without the benefit of insurance to protect them.

Without insurance to protect them, the Boy Scouts of America are now using a strategy employed by many Catholic diocese in the United States who have also dealt with abuse claims. They tactic is to file for chapter 11 bankruptcy.

At least 20 Catholic dioceses have filed for bankruptcy recently in response to sex abuse allegations. It has been reported that in each of these cases, the dioceses have rather successfully been able to protect most of their assets while settling claims of abuse.

Many attorneys of victims in these cases allege that by having the diocese file for bankruptcy, it shifts the issue to a focus on money and assets rather than abuse.  Victims have gone on record as stating that the money isn’t even an issue for them. They would rather bring to light the abuse issues in order to hold accountable the individuals and organizations that are responsible.

Bankruptcy laws are considered old-fashioned by attorneys forced to address their claims within the bankruptcy system. Many argue that it makes it more difficult to find some kind of justice for the victims of abuse. Bankruptcy was designed to deal with issues of financial insolvency, not sex abuse. By filing for bankruptcy, an organization can insulate itself from the more sordid details of abuse claims because bankruptcy is not designed well to handle the airing of these issues.

When victims are forced to deal with their claims in a bankruptcy court, their attorneys are limited as to the types of questions they can ask and the types of documents they can request. This is more cumbersome and inflexible compared to what is available in the typical, civil court proceedings where most abuse claims are addressed.

The Eagle Has Landed

If the experience is similar, many of the details of abuse within the Boy Scouts may remain hidden. Victims may face the same difficulties in obtaining what they feel is a fair deal, even if they have what would be considered a successful claim from a chapter 11 bankruptcy perspective. It is also likely that from a financial standpoint, the Boy Scouts of America will survive the experience relatively unharmed.   However, they may suffer far worse in the court of public opinion, especially if the general consensus is that the victims of abuse were not treated fairly during the legal proceedings.